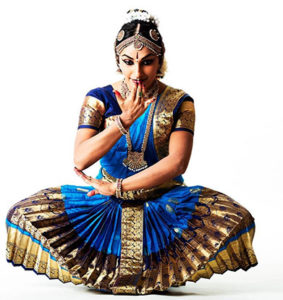 Director, Dhirana Academy of Classical Dance
An Accomplished and dedicated artist of Bharatanatyam in a revered Indian classical dance form. She has over 20+ years of experience in performance and teaching Bharatanatyam and has won many honors and awards during her career. She has been an early achiever in the dance form and achieved national/state level recognition since high school. She has been performing nationally and Internationally in India and the US and has been a performing artist on Indian National TV Doordarshan. As sole proprietor and Director she currently runs ‘Dhirana academy of Classical Dance’ based in Bentonville Arkansas, which trains 100+ students in the US every year. A scintillating performance at a major dance event ‘Sargam’ in 2011, Bentonville Arkansas introduced her to the audiences in the USA. Since then she regularly directs, organizes and performs at various public events in USA She also works with school districts and other organizations to bring Bharatanatyam to the young and adult in the community. Her goal is to Bridge the gap between society and divine art form by inspiring, educating and guiding budding talent. Her performances were acclaimed for the Agile movements and the pristine purity of expression, helped by her intrinsic charisma and irreplaceable cheerfulness, creating spellbinding magic, holding the viewer enthrall. She has diversified into American art forms such as classical Ballet.

Honors for contributions and achievement in the field of dance